Support to the people of Ukraine

Holodomor to be recognize as genocide of United Nation ?

By failing to learn from the past, the international community risks repeating the same mistakes.

The Holodomor was a deliberate attempt to exterminate the Ukrainian population. The locals who survived the Holodomor became terrified of acknowledging their cultural identity. Any mention of the Holodomor was forbidden by the Soviet government, and out of fear, survivors remained silent. Many forgot their history, their roots, who they really were.

And for those who do not understand today's pain of Ukrainians, I will explain in a very simple language.

My every morning begins with an SMS.

An SMS from the General Staff. Over the past 24 hours there were 7 occasions of shelling and two casualties. Figures may vary, but only one figure makes the morning good. Zero. 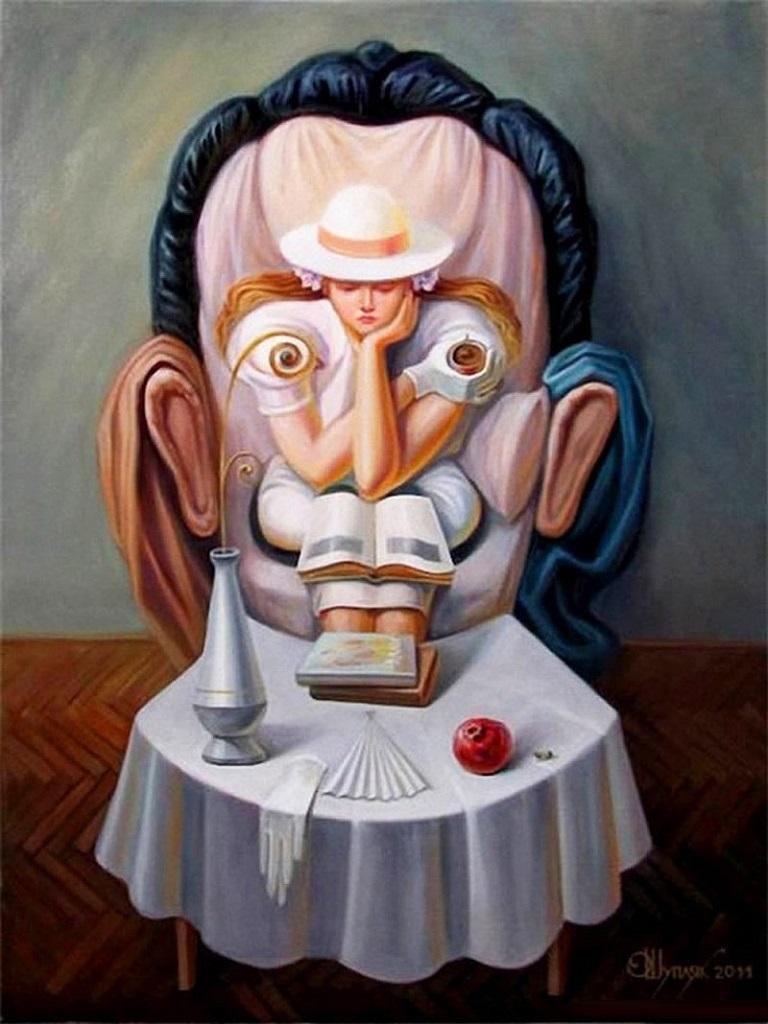 is a contemporary painter from Western Ukraine. He creates paintings in the current optical illusion and is often called “a contemporary Salvador Dali”. Shupliak creates two pictures in one painting.